Sperm quality could be damaged by using wifi on laptops 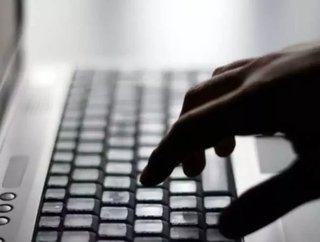 Using a laptop to surf the internet wirelessly can significantly damage the quality of mens sperm and even kill them, scientists are warning. A lab stu...

Using a laptop to surf the internet wirelessly can significantly damage the quality of men’s sperm and even kill them, scientists are warning.

A lab study carried out by a group of researchers has found that if men use a laptop on their lap wirelessly for four hours, the wifi reduced the sperm’s mobility and damaged its DNA.

Although it has previously been suspected that using laptops can damage fertility in males, it was thought the heat generated from the machines were the problem.

Despite the preliminary findings pointing to wifi cards as the cause of sperm damage, the scientists involved in the study have stressed more research needs to be carried out to into the matter.

They have also said if an investigation into the effect of wireless laptop use was to be carried out on humans the results presented may be entirely different to the lab-based studies.

As part of their lab research, the scientists took samples from 29 healthy sperm donors and separated them into two pots.

Their aim was to observe the impact of the electromagnetic radiation given off by laptops.

One of the sperm samples was stored next to a laptop with a live wireless internet connection and the other was stored in an identical set-up, just without the portable computer.

After a period of four hours, the sperm samples that had been most damaged were those next to the laptop – they had reduced movement and mobility and suffered significant genetic damage.

According to the news agency Reuters, 25 percent of the sperm next to the laptop had stopped moving after four hours, whereas just 14 of the other sample had no movement.

Additionally, at nine percent, the amount of sperm with DNA damage next to the laptop was three times higher than its opposing sample.

The results of the study have been published in the journal ‘Fertility and Sterility’.