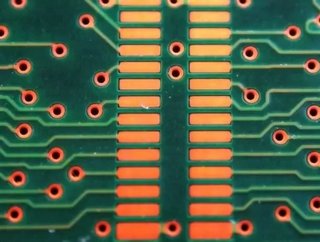 A team of scientific researchers have developed a microchip which, when implanted into the body, can monitor and measure the growth of tumours, BBC New...

A team of scientific researchers have developed a microchip which, when implanted into the body, can monitor and measure the growth of tumours, BBC News is reporting.

The device apparently works by tracking oxygen levels in the tissue surrounding the tumour, which indicates if and how the tumour is expanding.

The microchip is able to drastically reduce the need for frequent trips to hospital for scans as the results are wirelessly transmitted back to the patient’s doctor.

A severe drop in oxygen levels would indicate a growth spurt and delivering this information directly to doctors gives them the opportunity to decide if the tumour is increasing in size.

It is hoped the microchip implant will eventually be able to carry drugs directly to the site of the tumour and in turn make way for more specifically targeted but less aggressive treatments for cancer.

BBC News have quoted the project manager, Sven Becker, as saying: “There are some tumours which are hard to remove - for example, close to the spine.

“You run the risk of cutting the nerve if you remove them surgically, or the problem may be that the tumour is growing slowly, but the patient is elderly.

“In these cases it's better to monitor the tumour, and only treat it if there's a strong growth phase,” he added.

Becker also described how the microchip treatment would benefit patients: “In traditional chemotherapy you put drugs into the whole body - which can have awful side effects.

“We want to add a pump to our chip, so if the sensor detects growth, you can apply microscopic amounts directly to the tumour.

“Patients can be treated more quickly and with fewer side effects, because it's local.”

Although the microchip is in the first stages of development, the researchers believe there is the potential for it to be available to use in a medical setting in 10 years time.