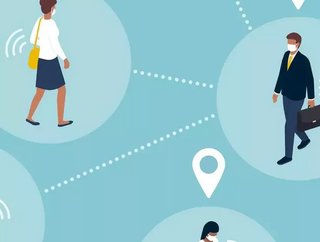 The UK has become the latest country to switch from a centralised to a decentralised model for its contact tracing app...

The UK has become the latest country to switch from a centralised to a decentralised model for its contact tracing app.

As the coronavirus pandemic continues, one set of tools increasingly mooted as offering a potential way out of lockdown are contact-tracing mobile apps.

Contact tracing itself is nothing new as a fundamental component of outbreak control, albeit usually done manually. This is achieved by researching the movements of a confirmed infected individual, and contacting all those who may have come into contact with her.

Thanks to the ubiquity of mobile phones, this process can now be automated. An application installed on the phone will track the user’s movements while Bluetooth signals emitted periodically will be able to determine the length of proximity to other people. The central idea is that an individual who contracts COVID-19 can mark themselves as such, which will then send out an alert to the phones of people who have been near the infected person for a certain period of time.

Ethical and security questions abound, however, particularly when it comes to data detailing people’s movements.

The large American tech companies such as Apple and Google favour a decentralised approach, which keeps data about user movements on an individual’s phone, thus maximising user privacy. Some nations, however, favour a centralised model whereby such data will be processed in a central server, potentially allowing for better data processing and the gleaning of insights about how the virus itself spreads.

The former model is gradually prevailing, with countries like the Republic of Ireland and Germany choosing it.

In the government’s press release, Matthew Gould, CEO, NHSX, siad: “Our response to this virus has and will continue to be as part of an international effort. That is why as part of a collaborative approach we have agreed to share our own innovative work on estimating distance between app users with Google and Apple, work that we hope will benefit others, while using their solution to address some of the specific technical challenges identified through our rigorous testing.”