Virtual Reality is preparing to make a big impact in healthcare 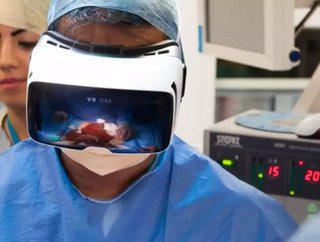 Virtual Reality has already made big leaps in the past few years, with Oculus Rift at the forefront of the nextgeneration of computer technology. Howeve...

Virtual Reality has already made big leaps in the past few years, with Oculus Rift at the forefront of the next generation of computer technology. However, it is now preparing to make its arrival in the healthcare industry, with doctors already live-streaming surgeries for students to watch, emmersed in the operating theatre and offering them a new perspective.

The Miami Children's Hospital is developing instructional software making use of VR technology to teach basic proceedures such as inserting an IV drip, to both the patients and the doctors, which can alleviate concerns on either side.

The technology has also been used to treat phobias, as well as being developed by Embodied Labs for healthcare training. The software enables students to live life through the eyes of an elderly man who has visual and audiological problems, meaning that they are more aware of just what life is like for their patients.

Facebook's founder and CEO Mark Zuckerberg even stated that "consulting with a doctor face-to-face just by putting on goggles in your home" was one of the reasons why he acquired Oculus VR, which could bring a new wave of optimism across the healthcare sector and could be used to reduce waiting times and appointment cancellations, as well as reducing pressure on staff.

Whilst the future is indeed bright for VR in healthcare, it has already been used with proven results in rehabilitation for stroke victims, as well as helping military veterans to recover from post-traumatic stress disorder. Gaming is certainly at the forefront of the VR revolution, but healthcare is an industry that could be far more valuable and have life-changing benefits, one which Zuckerberg is likely to explore and expand upon.