Why Hackers are Targeting the Health Care Industry 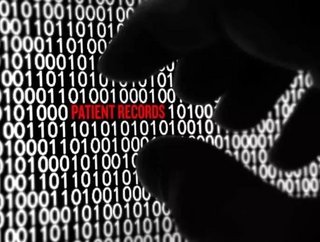 Anthem Inc. &ndash; the second largest health insurer in America &ndash; was recently the latest victim of a massive hack. But its hardly the only healt...

Anthem Inc. – the second largest health insurer in America – was recently the latest victim of a massive hack. But it’s hardly the only health care company that has been attacked lately.

Last year, we saw a series of attacks on hospitals and numerous other health care companies with sources tracing back to China.

[READ MORE] Anthem Just Got Hacked. This Is What You Need to Do to Protect Your Identity.

Bloomberg’s sources also believe that the Anthem breach was part of the same group of hackers with the similar intent of gaining access to personal data and possibly trade secrets that could be used or sold on the black market.

This is what they had to say:

In the past year, Chinese-sponsored hackers have taken prescription drug and health records and other information that could be used to create profiles of possible spy targets, according to Adam Meyers, vice president of intelligence at Crowdstrike, an Irvine, California-based cybersecurity firm…
"This goes well beyond trying to access health-care records," Meyers said. "If you have a rich database of proclivities, health concerns and other personal information, it looks, from a Chinese intelligence perspective, as a way to augment human collection."

According to a report by MIT Technology Review, hospitals are hackers’ current favorite playground. The security research firm Websense states that cyber attacks on hospitals have increased 600 percent in the last 10 months.

Undoubtedly, much of that increase can be accounted for by the previously reported attack on Community Health Systems, which affected some 4.5 million patients in 206 hospitals across 29 states.

Websense and other security research firms say that the now infamous Heartbleed vulnerability is to blame for many of the breaches, though patches have since been put into place. Those firms also say that hundreds of thousands of patients remain vulnerable.

There are two reasons that this is taking place.

So, some hackers are after your Social Security number and physical traits while other hackers are spying on how America runs its health care industry.

Perhaps this latest outbreak is just what the health care industry needs in order to invest in better security.