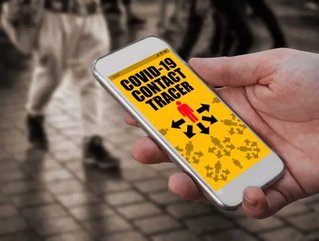 Software firm NearForm have built a contact tracing app that's having a high rate of uptake in the countries it's been launched. In fact, they believe it's more successful than any other exposure notification system.

It's currently in use in several US states, Ireland, Northern Ireland, Scotland and Gibraltar, where it's among the most successful exposure notification apps worldwide in terms of citizen participation.

Colm Harte, NearForm's Technical Director, says this is because they took a privacy first approach when building the app, using open source, peer-reviewed technology to ensure people’s privacy and data was protected.

The app is also fully customisable, so it can be altered to meet the specific needs of different countries and states. "This allows for custom screens and text, national and regional statistics, symptom checking and recommendations if someone is not feeling well, in addition to any other state-specific requirements and integrations" Colm explains.

Ireland’s app has a symptom checker and statistics on the virus and its spread, allowing it to serve as an information centre. Scotland and Northern Ireland have opted for a more streamlined approach, focusing on the exposure notification service it provides.

One of the first countries to launch a contact tracing app was Singapore in March, using Bluetooth technology. Iceland launched a GPS-based app in April, which 38% of the population had downloaded by May.

By July around 50 different countries were either developing or had already rolled out their own contact tracing app, using various types of connectivity and with different functions.

"Some countries have opted for a centralised model" Colm says. "NearForm's approach means we follow the decentralised model, where all the information remains on the phone and the phones do the work."

The app works via bluetooth, which means that phones in close contact exchange anonymous keys. If someone tests positive, they are given a random six-digit code by the public health authority to upload, and this anonymously notifies those apps they have exchanged keys with. This is all done without identifying the user as no personal information is provided.

"The whole process is completely voluntary" Colm explains, "and if they so choose, no personal information is provided. The only personal information that could be provided is a phone number, and again this is not mandatory and completely voluntary, and will only be used to contact someone if they are a close contact with a positive case. Users can add a phone number and remove it again if they want to."

For a contact tracing app to work effectively there must be a high level of uptake, and one of the biggest setbacks for this is people's fear of data monitoring. "When Ireland’s app launched on July 7th, over 25% of the population downloaded it in just 36 hours. It is now at 40%" Colm says.

Additionally as part of its launch in Ireland, the Irish public health authority donated NearForm's code to the Linux Foundation Public Health project under the name COVID Green, to make it possible for others to use and build upon it.

"Since then we have worked with Northern Ireland, who had over 300,000 people download the app within the first month, and the interoperability with the app in the Republic of Ireland allowed for an all-island approach."

Elsewhere, downloads of the Scottish app have exceeded 22% of the population, and in the US, the state of Pennsylvania saw 50,000 downloads within 24 hours of its launch. These figures are encouraging, as a recent study by the University of Oxford found that a 15% uptake of tracing apps could reduce infections by 15% and deaths by 11% .

Colm says the main challenges to adoption are establishing trust and communicating with people. "This is why we use open source technology. When it came to launching the app in Ireland we allowed for everything to be peer-reviewed, and for privacy and security experts to essentially look under the hood and see what was going on. When it came to the app being launched they had no concerns.

"It’s important that the general public know how the app and the underlying technology works."