On the rise: Jack Nathan Health 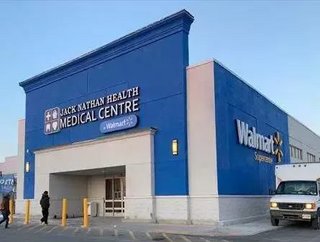 Jack Nathan Health is opening 153 new clinics and launching a telehealth strategy with Walmart Mexico. We take a look at this rapidly-expanding company...

The company say these will be located in areas that would benefit from increased medical services, which will include telemedicine options and family health.

This is the company's largest expansion since it was founded in 2006, and will give Jack Nathan Health a significant presence as a healthcare provider in Mexico, bringing the company's total clinics to the Central American country to 203.

Jack Nathan Medical Corp is one of Canada’s largest healthcare networks, providing primary, dental and urgent care. Thanks to its partnership with Walmart Canada, it operates clinics in 76 Walmart stores across the country.

A key part of the company's strategy is the use of technology to drive patient and practitioner engagement. Its online platform offers e-prescribing, patient scheduling and a virtual consultation service, which was developed quickly to enable access to healthcare professionals during the pandemic, as well as COVID-19 screening.

In November 2020 the company appointed digital health expert Serge Cinelli as its new Chief Technology Officer, to help roll out Jack Nathan's proprietary technology. Following this, in January this year it acquired Writi, a software firm.

Writi's Virtual Healthcare solution is a cloud-based medication-management platform aimed at elderly care providers, and is available on mobile devices and web platforms. It is used by TELUS Health among others, the health division of one of Canada's largest telecommunications companies.

The acquisition of Writi formed part of Jack Nathan Health's technology roadmap, which includes bringing hospital-quality care to the home.

As well as trading on the Toronto Venture Stock Exchange, earlier this year Jack Nathan began trading shares on the OTCQB, a leading American market for early stage and developing companies.

Commenting on the recent expansion throughout Mexico, Chairman and Chief Executive Officer George Barakat said: "Jack Nathan Health, in partnership with Walmart, is now positioning itself to become the largest physician serviced healthcare network in Mexico.

"We believe that we are going to revolutionise healthcare as we embark on this historic growth phase.”