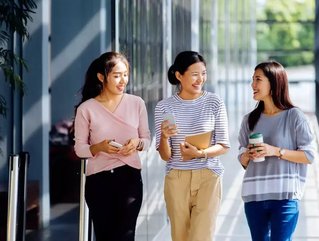 A survey among young people shows they are optimistic about the country's recover...

Singapore's healthcare system is widely regarded as one of the best in the world. Now a survey among young people in Southeast Asia has found they believe the government took the right measures to combat COVID-19, and these efforts will help lead them to economic recovery next year.

The second edition of communication agency Redhill’s ASEAN Youth Survey assesses the roles of Southeast Asia’s youth as key drivers of economic, cultural, social and political change. The study attempts to take a snapshot view of the youth’s aspirations and concerns on governance, the economy, education, life choices and media consumption – all through the lens of more than 2,000 youths aged 18-35 across 8 ASEAN member nations: Singapore, Indonesia, Malaysia, Thailand, Myanmar, Vietnam, Philippines and Cambodia.

The findings show that 63 percent of Singaporean youths are optimistic about Singapore’s economic recovery, based on their satisfaction with the government’s response measures - especially in terms of healthcare, with 83 per cent saying they were satisfied.

Meanwhile, just 5 per cent are worried about the current state of the economy. However, fewer respondents (just below 50 per cent) are happy with the government’s management of social issues during the pandemic. Still, Singapore scored the second-highest approval rating in this category after Vietnam (57 percent) out of all the other ASEAN countries surveyed.

With remote working being a defining theme of the pandemic, respondents were asked if they felt that they could achieve their desired work-life balance. In Singapore, 14 per cent of respondents believe they were able to comfortably balance their professional and personal lives, while 43 per cent achieved balance to some degree.

As COVID-19 has increased people’s reliance on technology and digital tools to communicate with each other, ASEAN leaders have made it a priority to combat the spread of fake news, especially when sharing information related to the pandemic. When asked about their ability to identify the accuracy of news, 27 per cent of Singaporean respondents are confident that they could do so while nearly 50 per cent believe they could do it to a lesser degree.

Additionally, youths in Singapore are largely happy with their government’s efforts to curb the spread of fake news (63 percent). This is the second-highest approval rating out of all the countries surveyed, below Myanmar (91 percent) and ahead of Vietnam (60 percent).

In contrast, 30 percent of all ASEAN respondents are certain that they can distinguish between real and fake news. Meanwhile, 43 per cent believe that they can do so, albeit with less confidence.

“2020 has been a watershed year for youth in Southeast Asia as they had to come to grips with adapting to one of the biggest crises they have experienced in their lifetime. Despite the challenges, we found that the youths’ aspirations have not dimmed. In this sense, Singapore is a microcosm of the optimism reflected by the youths we surveyed across ASEAN – especially on the points of governance and the economy,” said Jacob Puthenparambil, CEO of Redhill.