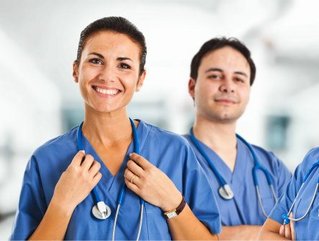 Written by Pooja Thakkar   1. Hong Kong The list is quite surprising considering European and...

The list is quite surprising considering European and Asian countries fill most of the spots with U.S. nowhere to be found among the ten health systems; reinvigorating the fact that it is among the wealthiest nations in the world, but unfortunately it is not the healthiest.

According to Bloomberg, each country in the list was ranked on two basic criteria- life expectancy and per capita cost of health care. Countries were scored on each criterion which was totaled to obtain their efficiency scores.

Despite being considered by some as having the freest economy in the world, Hong Kong's universal health care system involves heavy government participation which works to its advantage.

With a large network of public healthcare options and a growing range of private hospitals, both expatriates and locals can select where they want to receive healthcare and medical attention.

Public hospitals account for 90 percent of in-patient procedures, while the private options are mostly used by the wealthy.

Also, in schools all medical students are trained to use electronic medical records.

Delivery of excellent universal healthcare services in Singapore is achieved through the joint collaboration between government, individuals and employers.

Nationals are required to contribute a percentage of their monthly salary based on age to a personal fund for treatments and hospital expenditures. The government also provides a safety net to cover expenses.

The Japanese system involves universal health care and health insurance is mandatory, either through an employer-based system or through the national health care program. The patient has to accept the responsibility for 30% of cost, while the government pays the remaining 70%.

The country controls costs by setting flat rates for everything from medications to procedures, thus eliminating competition among insurance providers.

The services are provided through regional/public hospitals/ clinics and patients have access to any facility in hospitals.

Based more on the European model, the system is paid for mostly through income taxes. Even though Israelis pay much higher taxes than Americans, many who have received care under both prefer the Israeli system.

Most of the finances come from the government which ensures that the system is equitable and everybody has access.

Access to doctors on a regular basis is one of the advantages that the universal health care system offers in Israel.

The general healthcare culture is extremely progressive throughout the country with the providers showing a caring attitude towards its citizens.

There are thousands of primary care clinics, even in small villages. Patients have a choice of doctors they can see as often as they like without co-payments and claims forms. Even the unemployed and illegal immigrants are treated.

Spain guarantees universal coverage and there are no out-of-pocket expenses — aside from prescription drugs.

Italy’s National Health Service provides free or low-cost health care to all residents who contribute to social security and their families, along with university students and retirees. It also provides emergency care to all visitors, irrespective of nationality. Italian Doctors are some of the world’s most trained.

Australia provides universal coverage based on a public-private funding system.

The system, called Medicare, provides coverage and free treatment at public hospitals to all citizens. At private hospitals government pays a majority of the bill (75%). Prescription drugs are subsidized and government provides a safety net for those who can’t pay the ~$20USD co-pay on prescriptions. Individuals are allowed to choose their doctors, or hospitals, public or private.

Every Korean citizen living in Korea is automatically enrolled in the health insurance.

Korean patients almost never have to deal with any bureaucracy, since main exchange of paperwork happens between the doctor and the National Health Insurance Corporation. As long as the patients can pay the deductibles, they can visit any doctor in Korea.

The affordable nature of the careis partly due to a single-payer system, which significantly lowers the administrative cost.

In Switzerland, health care is guaranteed to all citizens.

Swiss citizens buy insurance directly from insurance companies; there are no employer-sponsored or government-run insurance programs. Hence, the process is transparent to the beneficiary. "Basic insurance" is defined by government and itsubsidizes health care for the poor on a graduated basis.

Insurance companies must provide basic insurance to all recipients and cannot deny coverage on the basis of poor health. Everyone’s premium is the same.

The Swiss also have access to the latest technology and comparably low wait times for appointments and procedures.

With its impressive array of new hospitals, plentiful supply of doctors, nurses and state-of-the-art medical technology, the healthcare system in Sweden is often used as a model by other countries.

Following a decentralized and tax payer funded system; Sweden is about providing healthcare services to all, irrespective of nationality and status.

The responsibility for health and medical care is shared by the central government, county councils and municipalities. Patients here enjoy the shortest hospital stays, compared to wealthier nations.