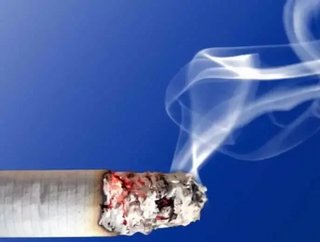 Smoking has already been banned in offices, bars and restaurants in New York but the smoking ban in the city has now been taken even further. Under ne...

Smoking has already been banned in offices, bars and restaurants in New York but the smoking ban in the city has now been taken even further.

Under new measures that have been approved by local authorities smoking has been banned in outdoor spaces in New York.

The law was pushed by New York City Mayor Mike Bloomberg and it aims to reduce, if not eliminate, the exposure to second-hand smoke.

TO READ THE LATEST EDITION OF HEALTHCARE GLOBAL, CLICK HERE

New York city health officials are also hoping that it will give the message that smoking is not acceptable in family-friendly locations and therefore it will discourage a new generation from taking up the habit.

The ban, which goes into effect today, has made beaches, parks and Times Square tobacco free. Smoking at golf courses and sports grounds will also not be allowed, although smoking on paths outside parks will be permitted.

Another place where smoking will be allowed is the ‘median strip’, otherwise known as the central reservation in the UK, which is land in the middle of a large road.

There will be a new TV and print advertising campaign to go alongside the new legislation reminding people not to smoke in parks or beaches.

Although people who flout the new law could face a $50 fine, it is self-regulatory as there are only a few park wardens that can enforce the legislation.

City authorities are also hoping that New Yorkers themselves will help to enforce the new ban and remind people if they are smoking in a restricted area.

The move comes after Spain introduced a law to forbid smoking near hospitals or school playgrounds in January 2011.

There could also be the possibility an outdoor smoking ban similar to that of the one in New York could be picked up in other countries around the world.