Bitcoin Against Ebola: Can Your Virtual Money Provide Relief? 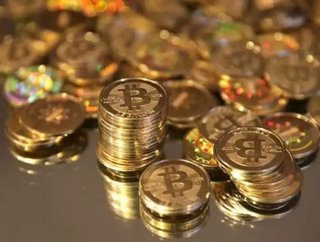 The most recent Ebola news has surfaced: Sierra Leone is being placed on a two-week lockdown. Due to a sudden spike in deaths from Ebola, health care w...

The most recent Ebola news has surfaced: Sierra Leone is being placed on a two-week lockdown.

Due to a sudden spike in deaths from Ebola, health care workers from several local and international agencies are racing to the latest Ebola hotspot, a diamond-mining area in the country.

This latest hotspot is an indication of how long it could take to control the epidemic that started in Guinea a year ago, in an area bordering on Sierra Leone and Liberia, and quickly spread to capital cities in all three West African nations. Since then, the disease has traveled to the United States, Mali, Nigeria, Senegal and Spain.

With an epidemic as large as this, people all over the world are coming up with new and innovative ways to help shut down the crisis. The latest? Using bitcoins to directly fund charities that are fighting the disease.

Bitcoin Against Ebola was created by the Ghana-based remittances service Beam to raise funds for charities fighting the outbreak. The non-profit initiative will act as a conduit for people in other parts of the world to send donations via bitcoin to three charities in Sierra Leone who are providing essential services to communities affected by Ebola.

Build On Books is supporting children who are quarantined alone at home, often when parents have died or have been taken to a treatment center. They visit regularly with food and water and monitor the children’s temperature and check for signs of Ebola.

LunchBoxGift provides meals to patients in Ebola treatment centers who do not have families to bring food in for them. The idea of Memunah Janneh, a Sierra Leonean living in the UK, the organization began by providing freshly cooked meals to poor families forced to go hungry during lockdowns.

Sierra Leone Liberty Group is made up of young individuals who are also supporting Ebola quarantined homes by delivery of soap, disinfectant and gloves, as well as food.

Once you donate your bitcoins, they will be converted into Sierra Leonean Leones and deposited in your chosen charity’s SMS mobile money accounts. The funds can then be turned into cash or used to pay for goods.

Using this process allows for Bitcoin Against Ebola to charge only 2 percent per transaction, rather than 12 percent like most other money transfer services. Donations can also arrive in as little as 30 minutes and put to use immediately.

Will you be using Bitcoin to put an end to Ebola?