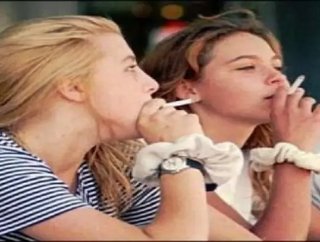 Study conducted by Swiss researchers show that people who smoke cigarettes at a young age have a greater amount of artery damage that can lead to cardi...

Study conducted by Swiss researchers show that people who smoke cigarettes at a young age have a greater amount of artery damage that can lead to cardiovascular disease.

According to a research led by Julia Dratva, a doctor at the Swiss Tropical and Public Health Institute and presented at the European Society of Cardiology in Munich, the narrowing of the carotid artery, known as CIMT was detected in the young smokers between 8 and 20 years of age.

The study found that tobacco cigarettes caused an increased thickness of 0.043 millimeters in the blood vessels compared to adults who were non-smokers.

CIMT is an accepted indicator of atherosclerosis, a condition which is caused by clogging of arteries leading to a restricted flow of blood.

Ms. Julia also said, “The link between smoking and cardiovascular disease is well-established in adults and is now proven in adolscents.” She also said, “After a relatively short duration of active smoking, the vascular structure already shows signs of structural changes.”

The World Health Organization states that tobacco kills almost 6 million people each year and of which 5 million users and former users and more than 600,000 are non-smokers that are exposed to second-hand smoke.

In children, atherosclerosis can begin in the womb as passive tobacco smoke crosses the placenta and lead to low-birth weight and impaired lung development.

“Urgent action is required to help adult smokers to kick the habit and stop others from taking up smoking," Dratva says.