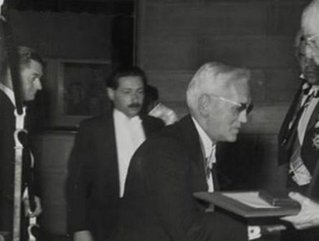 1. Alexander Fleming - Penicillin Fleming was awarded the Nobel Prize in Physiology or Medicine in 1945 along with Ernst...

Fleming was awarded the Nobel Prize in Physiology or Medicine in 1945 along with Ernst Chain and Howard Florey, “for the discovery of penicillin and its curative effect in various infectious diseases.”

When the trio discovered penicillin in the 1930s it was one of the biggest drug discoveries of the time and remains so today. The bacteria-fighting mould is undoubtedly one of the most powerful antibiotics available to treat infections and over 80 years after being identified it is still the most commonly used.

Many years after receiving his Nobel Prize, in 1999, Fleming was named as being one of the 100 most important people of the 20th Century by Time magazine. The article stated: “It was a discovery that would change the course of history. By the middle of the century Fleming's discovery had spawned a huge pharmaceutical industry.”

Röntgen’s development of the initial X-Ray images earned him the very first Nobel Prize in Physics in 1901, “in recognition of the extraordinary services he has rendered by the discovery of the remarkable rays subsequently named after him.” X-Ray technology went on to transform the understanding of the body and its musculoskeletal structure.

At the age of 32, in 1923, Frederick Banting received his Nobel Prize in Medicine along with John Macleod “for the discovery of insulin.” He is the youngest Nobel Laureate in history to receive the award in the medicine/physiology category and Banting shared his prize money with Charles Best, who was also involved in the finding.

“Their discoveries concerning the molecular structure of nucleic acids and its significance for information transfer in living material” saw Crick, Watson and Wilkins receive the Nobel Prize for Medicine in 1962. The revelation of the double helix was thought to answer one of the greatest medical riddles of the age.

Edwards is the most recent Nobel Prize winner to have made this list; he received his recognition in 2010 “for the development of in vitro fertilisation” (IVF) after he successfully engineered the conception of the world’s first test tube baby in 1978. Since then, IVF has become the most popular clinical fertility treatment.

Magnetic resonance imaging (MRI) technology was introduced to the healthcare sector in the late 1980s and Sir Peter Mansfield, in conjunction with Paul Lauterbur, received the Nobel Prize in Medicine or Physiology in 2003 “for their discoveries concerning magnetic resonance imaging.” In 2002 over 60 million MRI exams were carried out.

Landsteiner’s “discovery of human blood groups” in 1900 was officially recognisedin 1930 when he was awarded with the Nobel Prize in Medicine. The discovery transformed the art of blood transufions and meant they could be carried out without risking the patient’s life. Landsteiner was also involved in the discovery of the polio virus.

Sir Ronald Ross was only the second recipient of the Nobel Prize in Medicine or Physiology in 1902 “for his work on malaria, by which he has shown how it enters the organism and thereby has laid the foundation for successful research on this disease and methods of combating it.” Ross was also the first ever Nobel Laureate of Indian descent.

Half of the 2008 Nobel Prize in Medicine went to Montagnier and Barre-Sinoussi “for their discovery of human immunodeficiency virus” (HIV). However, Robert Gallo, who was also involved in the finding was said to be disappointed not to receive any recognition. The other half went to Harald zur Hausen “for his discovery of human papilloma viruses causing cervical cancer.”